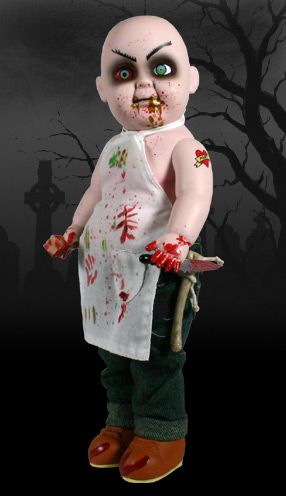 Cause of death: Morbid obesity

The excessive food and drink that he craved,
Sent this butcher to an early grave.
Now trapped in Hell all he can partake,
Is being force-fed rats, toads and snakes.

Retrieved from "https://livingdeaddolls.fandom.com/wiki/Gluttony?oldid=11129"
Community content is available under CC-BY-SA unless otherwise noted.